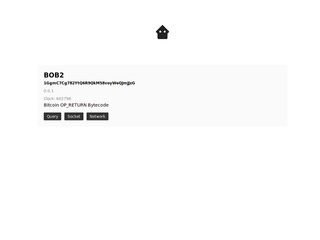 Until now all existing Planaria systems have been based on a serialization format called TXO.

BOB is a new, modified version of TXO which adopts an abstract machine metaphor, where instructions are written on tapes made up of cells, where each cell contains a single atomic procedure call.

It is a Bitcoin transaction serialization format which fundamentally stops seeing OP_RETURN data as just a dumb data feed, but as actual procedure calls in a virtual operating system.

It’s called “OP_RETURN Bytecode” because it treats OP_RETURN scripts like procedure calls, making it dead simple for you to build your OWN protocol Operating System on Bitcoin.